Cocaine conviction in St. John's Newfoundland tied to BC 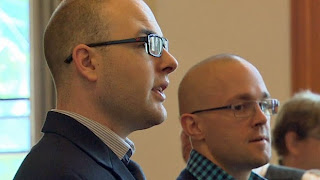 CBC is reporting that two cocaine dealers in St. John's Newfoundland were convicted after a nine-week trial by jury. Victoria residents Peter Blok-Andersen and Ben Strongitharm were arrested following a four-month joint drug investigation launched in 2009 by the RCMP and RNC dubbed Operation Razorback.

In December 2010, The Telegram reported that two BC men named Evan Brennan-Smith and Jacob Hauge were given lengthy prison sentences for their involvement in a cocaine ring dubbed Operation Razorback where 9 kilos of cocaine were seized.

In October 2010, Andrew Green of B.C. was convicted of possessing cocaine for the purpose of trafficking. November 2010, Zachary Hill, also of B.C., was given a six-year prison sentence. Other Victoria, B.C., residents facing charges in Newfoundland are brothers Julian Strongitharm, 28, and Ben Strongitharm, 23, and Peter Blok-Andersen, 28.

This bust was tied to Victoria and Saanich. Victoria A News video. 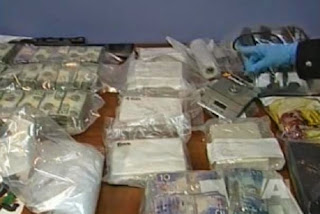