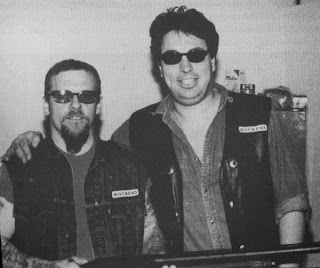 I just saw part of an episode of Outlaw Bikers: Angels Descending. I didn't realize one of the prison guards they murdered in Quebec was a woman and that after Mom Boucher ordered the hit on the prison guards he also ordered one of the guys who did the hit murdered to eliminate witnesses. Andre (Toots) Tousignant was shot and burned. No L & R there. Just like the Vancouver Christmas of 1995. They wanted the guy that did the hit to kill his co accused right after the murder to eliminate witnesses. Being a hit man for the Hells Angles is risky business indeed. I guess that's why so many of them flip after the club betrays them. 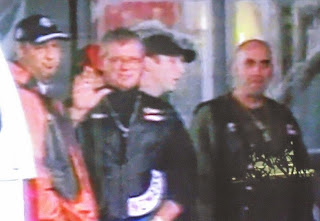 Interesting to note at 29 minutes into the movie, is that David Giles standing beside Mom Boucher? It sure looks like Skelator. How the dirty have fallen. Interesting to hear reports that Mom Boucher has been kicked out in bad standing. Also interesting to note was the the creation of the police unit HARM. HA - Hells Angels, RM - Rock Machine which put pressure on the club's business. It was very successful. Just like what Bob Deasey described in Ontario.