Fatal stabbing outside the Front Room 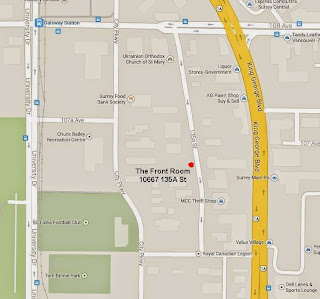 CKNW is confirming a Scan BC report that there was a fatal stabbing outside the Front Room in Surrey just before 5:00 AM this morning at 106 Ave and 135 A street. The address for the Front Room is 10667 135a St. That whole strip is plagued with violent drug related crime around the clock. Global is reporting that the victim is 63-year-old Donald Williams Deweyn.

The highest crime areas in Surrey relate directly to where drug dealers sell crack. You can take that fake crime is reducing in Surrey report and cram it up your ass. 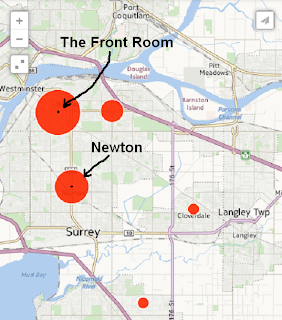 Two cars shooting at each other in Surrey - Again

Kevin Diakiw, from the Surrey Leader is reporting that "Surrey recorded the highest level of violent crime out of any Lower Mainland municipality last year. That's according to the Police-Reported 2013 Crime Severity Index (CSI) released by Statistics Canada on Wednesday, July 23. Out of the 18 Lower Mainland policing areas with populations of more than 10,000, Surrey had the highest level of violent crime."