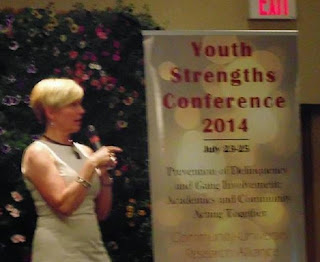 Katy Hutchison spoke at the Sheraton in Surrey last night and I had the profound pleasure of attending. Her husband was murdered trying to break up a party that got out of control at his friends house while they were away. She was speaking at an anti gang violence forum sponsored by the CIBC and the Chris Mohan Memorial fund. I can see why Eileen endorsed Katy Hutchison.

Katy Hutchison is a well educated profession speaker that has a profound message. She gives powerful presentations to youth about the consequences of the mob mentality at out of control parties. It is a heart wrenching account of an amazing man who was a lawyer that had a passion for fitness and the triathlon. He truly loved life. The consequences of his loss are profound.

Katy spoke about how no charges were laid for five years after her husband's murder. Although there were 200 people at the party, no one dared to break the silence. The police finally went under cover and were able to solve the case. That was successful policing. Yet that's not all.

When Katy's husband went to break up the party, a young man filled with anger and entitlement punched him in the side of the head and dropped him. Then another youth jumped in and kicked his head four times like a soccer ball while he was on the ground. One of those kicks severed an artery and killed him. It was a senseless and pointless act that changed their family's life forever. 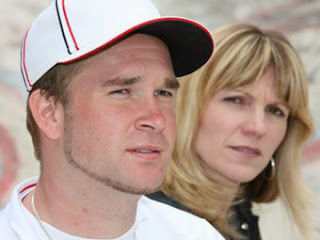 As the evening progressed Katy showed a picture of her and an attractive young man and she asked who everyone thought was in the picture. She conceded that most people who see that picture think it's of her and her son. It's not. It's a picture of her and the youth that killed her husband. It was shocking.

When Katy finally met the youth that killed her husband she was shocked. She was expecting to see some heartless monster not a young man that could easily have been her son or one of her friend's son. That's when Katy got involved in what she refers to as restorative justice.

It's a profound story with a profound message but it's an important one. She wrote a book about her story called Walking Adfter midnight which was made into a movie called Bond of Silence. Restorative justice isn't for everyone but it has an important role in the world's development. Everything has it's time and place. This positive process is worth examining. She even has an endorsement from the Dali Lama himself. Peace.