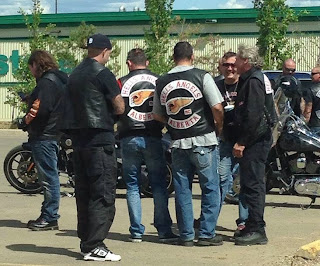 Metro News is reporting that the police claim the Outlaws have set up shop in Saskatoon. Which is interesting since I received a report that a few Hells Angels prospects got their patch in Regina not long ago. Apparently this weekend an Edmonton Hells Angel named Scuba is visiting Fort McMurray with a couple tribal Edmonton, syndicate Edmonton and silent few. Lots of puppets selling drugs who desperately want to be a real boy one day. Get a life Pinocchio. 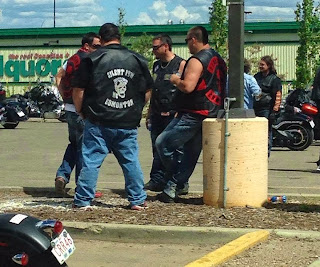 Irish Pride? Real Irish don't sell crack. The RA will put a cap in your ass for doing that. 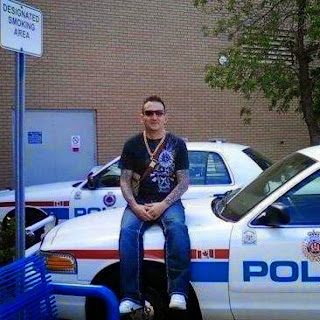 Denis Chamberlain claims to be in Edmonton now. Isn't he from Quebec? Sherbrooke sure didn't have much respect for their brothers they were convicted of murdering in Lennoxville. They all contributed a portion of their drug profits into a fund to murder rival drug dealers. Get off the crack and sing a new tune like Boom Shakalaka Boom. That's Irish Pride so it is. 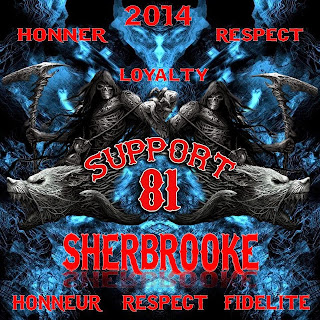 I guess that gas mask is to cover the stench from all that bullsh*t. 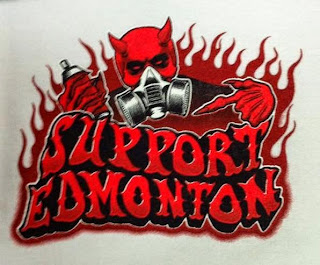 Evidently the Pride Parade was for the Syndicate's new clubhouse house warming party this week-end. Their new clubhouse is at 101 Beattie Road in Fort Mcmurray. The Syndicate must be opening a chapter in Red Deer also. There were a couple riding around with Red Deer bottoms in Syndicate colours. George Sutherland and Kristian MacEachern face drug trafficking charges. 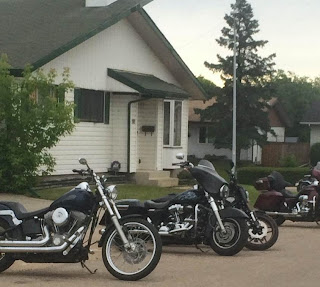 A Cocaine dealer has been charged in a June 25 shooting near Grand Prairie.

Posted by Dennis Watson at 4:48 AM