Surf's up on Mount Baker 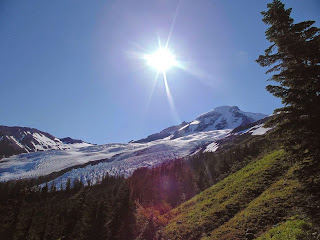 Yesterday I took the Heliotrope trail up Hog's Back to the Glacier on Mount Baker. The conditions were ideal. I was a bit concerned about the conditions of the crevasses but they were fine. Later on in the summer the crevasses open wide up and are huge. Right now they're still filled with snow and you can step over them. 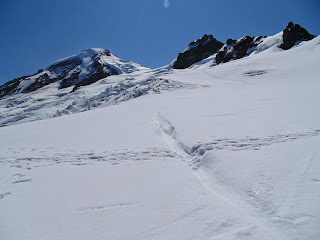 If you notice the footprints in the snow there's a little dip in the middle. That's a crevasse. Right now it's full of snow. I was up there one year at the end of August and those crevasses were very wide and very deep. You couldn't just step over them and you sure don't want to fall into one. That's why people who ascent the summit do it in groups and are tethered. I've never done the summit of Baker. That's a long ways away from the base camp. I just usually go up to or just past the Roman Wall. It's pretty awesome. 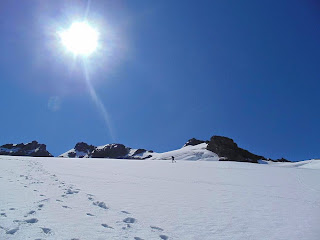 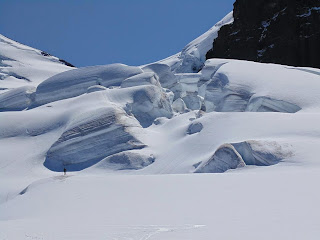 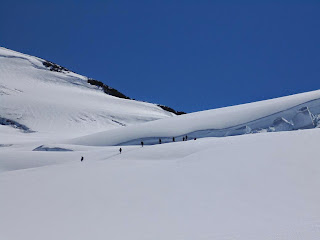 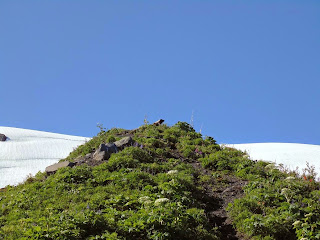 I saw a marmot on Hog's back again. They're kinda like a groundhog. 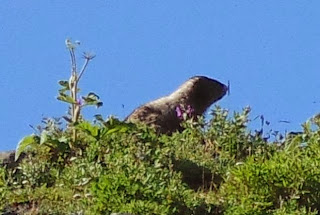 Posted by Dennis Watson at 9:18 AM