Doug McCallum considers saving Surrey from the brink of destruction 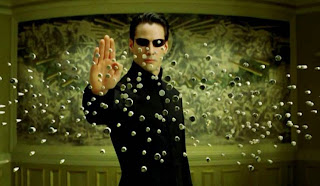 The Surrey Leader and the Vancouver Province are reporting that Doug McCallum is considering running for mayor again. Three cheers! Before Dianne Watts turned tail and jumped ship, Bruce Ralston admitted he had been asked to run. He didn't say he was going to run he said he had been asked to run. I think he would make a fantastic mayor. He has been a great MP for years.

However, we don't have confirmation that he actually will leave federal politics and run for the mayor's office. If he will, great. If he won't we need to find another candidate. Linda Hepner and Barinder Rapsode are not it. They are pretty much both one in the same.

In April the Vancouver Sun reported that Doug McCallum, said the glitzy new city hall is "wasted taxpayers money" and said "I don't agree with it." He then explained why. He also said "the Surrey City Development Corporation was behind the city hall and civic plaza project, and McCallum calls for the corporation to be disbanded, claiming its existence creates a conflict of interest."

This is the most sound election platform this city has ever seen. We need to sell the new ivory tower city hall and use that money to pay for more police in Newton and Whalley. We also need to disband then the Surrey City Development Corporation because it is indeed a flaming conflict of interest. I don't care who does it but those are the two primary acts that need to be performed to save Surrey from the brink of financial ruin.

You wanna talk about tough on crime? McCallum was tough on crime. Crack houses are very hard to get rid of. When he was mayor of Surrey he worked with the police and the city to evict crack houses onto the street. I saw it. He kicked ass and totally cleaned up the plague of crack houses in Surrey. Diane Watts rode into office on his coattails and failed to deliver on any of her dramatic promises.

What we need to do now is arrest the crack dealers in Newton and Whalley. McCallum is the man for that job. We need to put together a card of counselors that will support him. We need to rise above partisan politics. We need to rise above partisan politics within the political parties. Confronting the crack dealers reduces over all crime. Fiscal responsibility is the life raft that will save Surrey and create a future we can be proud of. Low taxes attracts business.

Many years ago I confronted Mayor McCallum for closing the Front Room on a building technicality. I was outraged the city would turn their back on the homeless. I wasn't aware of their concerns about what the shelter had become as a result of having a needle exchange next door. The Front Room has become a violent drug house. I have spoken with many homeless who are too scared to stay there. We need to fix that. We need to address the violence at the Front Room. It's tied to the crack dealers preying on the homeless outside it.