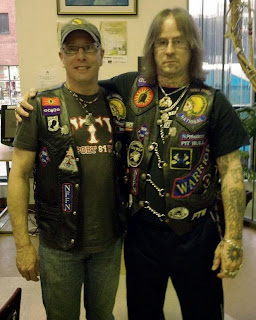 The Ontario Hells Angels aren't known for being very bright. What they are known for is drug trafficking. It was the Ontario Hells Angels who were granted permission to murder one of their "brothers" from a puppet club called LHS (Loyalty, Honour, Silence) to take over the Thompson drug trade which triggered the Winnipeg gang war. No L&R there. Just greed and betrayal. LHS had some First Nation brothers in it as well.

Well in Thunder Bay the Hells Angles are trying to make a come back by conning the local First Nations. Gary Bruce Lamont is a local contact who has been charged with sexual assault. He was in court again July 15th. Lamont was questioned in the investigation of the December 1984 murder of Scott Dove which remains unsolved. 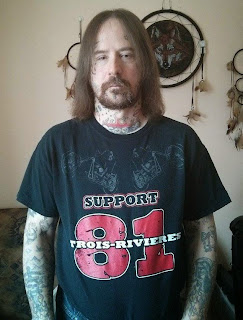 The name of the new puppet club is the Naiwa Rebels. They're from Montreal and are under the leadership of Philip Babajko. Philip is the National President and wears Trois Rivieres support gear. I don't want to be mean but I can tell you this is not Trois Rivieres' finest. I've been to Trois Rivieres. It's a wonderful place. This is Trois Rivieres Trash. Every city has trash. Surrey sure does. They represent the city's dirt. Scuzzy criminals who aren't very bright. 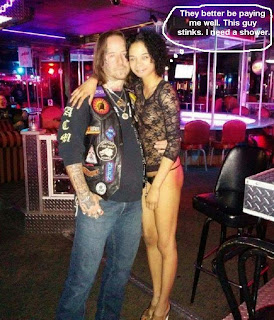 Philip likes to pose with strippers. That poor girl looks like she's going to throw up. This guy is butt ugly and has that mentally diminished look about him. Tannant might have been a dweeb but at least he wasn't stupid. This guy looks like Robert Pickton - not very bright. Being puppets to the Ontario Village Idiots is bad enough but being a finger puppet to a butt ugly mentally diminished low life shows no self respect whatsoever. Good luck with that. Some things money just can't buy. 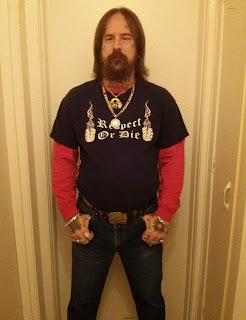 Randy Jones, Bob Green, Tony Pires... those guys are the businessmen,. This guy is not.