Two cars shooting at each other in Surrey and Delta 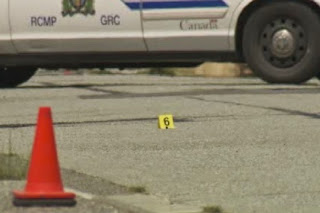 Global is reporting that there was another shooting in Surrey this afternoon. Two cars weaving in and out of traffic shooting at each other. The Global article states: "Two vehicles were seen in the area of 139 St. and 88 Ave., with the occupants possibly firing shots back and forth. A white Nissan and black Mercedes were speeding and cutting in and out of traffic, when witnesses report someone inside the Nissan shot at the Mercedes."

"There were no reports of any injuries, but one other vehicle was struck by a bullet. The RCMP does not know whether the two cars involved were hit. Twenty-five minutes after the initial calls were received, there were reports of similar cars speeding and cutting in and out of traffic on Fraser Highway at 155 St." Just like the June shooting at the 6900-block of 128 Street and the May shooting at 152nd street and 64th Avenue.

CBC is reporting that this shooting took place at 1:00 PM Saturday afternoon. CBC is also reporting that there was another shooting 2:00 AM Sunday morning at Scott Road and Wade street in Delta. A number of cars were hit by bullets. Police found shell casings littering the roadway, but not much else — and no victims. 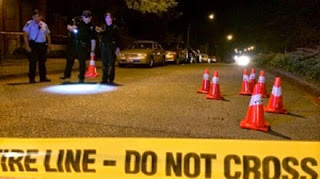