Doug McCallum enters race to save us from Surrey's Worst 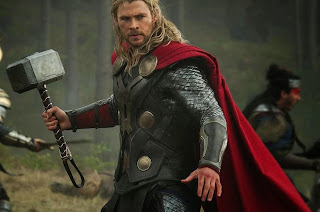 Well it's official. Kevin Diakiw from the Surrey Leader already announced it but the Vancouver Province and CBC are confirming that Doug McCallum is officially running for the Mayor of Surrey. This is good news. Someone has to save us from Surrey's Worst. Linda Hepner is the last rat left in the Surrey First sinking ship. She has never been mayor before. She has been a counselor in the worst political party in Surrey's history. Worst for Crime reduction, worst for fiscal responsibility, worst for reduction of taxes and worst for listening to the people who live in the city.

Doug McCallum served three successful terms as Mayor of Surrey. He was defeated by Dianne Watts' Neo Con promising the world and delivering nothing. She promised a coalition on crime reduction. Yet last year was the most number of murders in the city's history. Ever. One of those murders was at an illegal booze can the neighbors had been complaining about but the city refused to do anything.

The murder of the Newton hockey mom was the result of endless complaints from the residents and business owners of Newton that complained about drug dealing in Newton. The city did nothing and crime in that area has escalated off the chart. The drug related violence outside the Front Room in Surrey is unprecedented. One of the Surrey fist counselors came clean and said you're right. We haven't been doing enough to confront crime in Newton. That's when Dianne Watts and the rest of the party bullied her and kicked her out.

Surrey First has been the worst in the city's history for physical responsibility. That outrageous Ivory Tower of self indulgence was a colossal waste of tax dollars that has created the biggest debt in the city's history. The Surrey Leader is reporting that the cost to run Surrey soars in 2013. Doug McCallum wants to end all these lavish trips for counselors and Judy Villeneuve objects.

Back in the day, Judy Villeneuve was a member of Bob Bose's SCE. He was considered left wing. Doug McCallum was part of SET and was considered right wing. These two political parties would fight back and forth like kids. However, left and right politics don't really apply to civic governments. There was a lot of good things that Doug McCallum did when he was in charge. Primarily his crime reduction and his confronting crack houses in Surrey. He cleaned it up completely. Now we have to follow through with that campaign and confront the crack dealers on the street. Doug McCallum is the man for that job.

Thor was cocky in his youth and received a lesson in humility. He became a better person and a more powerful super hero as a result. Let's put the mayor's gavel back in Doug McCallum's hand so he can turn the tide on Surrey Worst's fiscal irresponsibility and criminal apathy.

CBC highlighted Doug McCallum's new web site. Let's pin him down on how he intends on fixing Surrey's fiscal irresponsibility. He already said he thought the new ivory tower was a waste of tax dollars. Let's get him to commit to sell it so he can afford to hire the police he has pledged to hire. Once he commits we need to put together a card of counselors that will support him.