The Deception is well Funded 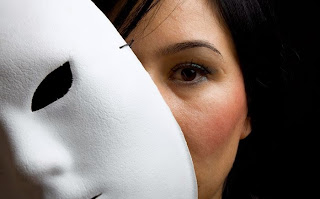 Two local blog readers sent me a link to this Vancouver Sun article commenting on how ridiculous it is. However, it's not just ridiculous, it's offensive. It claims that a City of Surrey report suggests that when considering population growth, crime is down. That is an offensive lie paid for with tax dollars to promote a bad politicians' political career. Shame.

The reason we know it's a lie is because we live here. That's why it's so offensive. Last year was the highest number of homicides in the city. Ever. Many of those homicides were the result of the city failing to act upon ongoing complaints about criminal activity. When Dianne Watts ran against Doug McCallum she promised us the world with regards to crime reduction and delivered nothing. All she delivered was bullying and censorship.

A year ago if you dared say anything against Dianne Watts you were bullied and censored. After the outrage in Newton over residents and business's ongoing complaints about drug related violence in that area falling on deaf ears, the media finally started allowing parts of the truth to leak through about the Dianne Watts fraud.

We all know how easily crime statistics can be manipulated especially when you suppress the reporting of those statistics in key areas like Whalley, Newton or the DTES. Closing down police stations at night suppresses crime statistics. In high crime areas things are so bad crime often goes unreported.

The recent shooting in a known drug house is a prime example of the ongoing problem. Neighbors report crime and nothing is done about it until it results in a shooting and Godzilla says let's create a task force to figure out what the problem is. I'll tell you what the problem is, you aren't responding to the crime that the residents report. That's the problem. Letting drug dealers sell crack in specific areas creates a huge ripple effect of crime.

There's been a lot of lying and bullying going on in Surrey City Hall. As soon as Barinder Rapsode came clean and said you're right, we need to do more about crime in Newton, Dianne Watts bullied her and even clicked like on a facebook post calling her a whore.

After the huge voter turn out opposing Gateway's mega casino in Whiterock Dianne Watts lied and said she never supported it. It took a resident to write in to the paper and point out the city hall minutes that proved she was lying. She had supported it all along until she was caught off guard and had to vote as the chair to break the tie. A representative from Gateway also wrote in pointing out that Dianne Watts was lying and that she had supported the project all along. That's why they bought the rural land in the first place. She promised to flip it for them just like the Campbell Heights Industrial Park.

It is absurd for Dianne Watts to use tax dollars to rewrite history and pretend she did a good job in Surrey and reduced crime. She left because she knew the honeymoon was over and the residents were upset with her saying one thing and doing another. Spending all that money on an extravagant City Hall and on all those exclusive trips was a waste of tax dollars when we really needed more police to address the drug related crime she refused to deal with.

Even her car accident was a scam. The media falsely reported that another vehicle ran a red light and T-boned the mayor's car when in reality the mayor's car t-boned the other vehicle. The mayor claimed the other party ran the red light but the other party sued her claiming she was the one that ran the red light and they settled out of court. The problem is, the locals who know the area knew the mayors story wasn't believable because it was a demand light and she was on the side street. For her to have the green light she would of had to come to a complete stop first to trigger the light to change. If she had come to a complete stop, she couldn't have had the velocity to t-bone and damage the other car like that. In this situation either the mayor or the other party was lying. Locals who know the area think she was the one who was lying because her story didn't make sense. Dianne Watts' car accident kinda of sums up her term in office. One big lie.

It's like Christy Clark's commercials during the Superbowl paid for with tax dollars. Or Enbridge's multitude of commercials showing all the beautiful coastline they are going to screw up with their next oil spill. Their monopoly was created with tax dollars so in essence we're paying for those ridiculous commercials.

It's sad when politicians use the media to lie to the public. We know that the papers in England tend to be tabloids and that Murdoch's Mystery has a history of endorsing specific candidates and only printing articles that support those candidates. We had this delusion that the press was free and didn't pull stunts like that. It's amazing how much the media can be influenced through advertizing dollars. At least there is free speech on the internet. For now.

In contrast, Kevin Diakiw, from the Surrey Leader is reporting that "Surrey recorded the highest level of violent crime out of any Lower Mainland municipality last year. That's according to the Police-Reported 2013 Crime Severity Index (CSI) released by Statistics Canada on Wednesday, July 23. Out of the 18 Lower Mainland policing areas with populations of more than 10,000, Surrey had the highest level of violent crime."