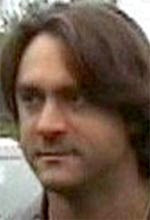 CBC is reporting that a Hells Angel member from Quebec named Sylvain Tétreault has been arrested and will be charged with conspiracy to commit murder. Again.

In 1998, Tetreault was sentenced to six years for a murder attempt on a member of the Dark Circle, a group of drug dealers opposed to the Hells Angels. On his RCMP most-wanted page Tetreault is listed as being sought for murder, drug trafficking, conspiracy to commit murder and conspiracy to commit drug trafficking, based on actions that took place following his release.

CTV is reporting that Hells Angels biker Sylvain Tetreault, 48, one of a handful of suspects on the lam since a massive bust in 2009, has been arrested in Bois des Filion as part of the SharQc Operation. Sixty-five of the 156 indicted in April 2009 pleaded guilty. Eighteen of the 28 that were not initially found were eventually brought in but as of January, the other 10 remained sought by authorities. Earlier this year, the Supreme Court upheld a stay of proceedings against 31 of the Hells Angels members and sympathizers swept up in that operation.

Although you have to admit the Quebec Hells Angels have always been a cut above the rest, it still boils down to drug dealers murdering rival drug dealers to obtain a monopoly on the drug trade. Often it includes murdering your own people over greed. No L & R there soldier. 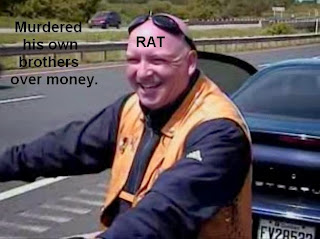