Another shooting in Surrey 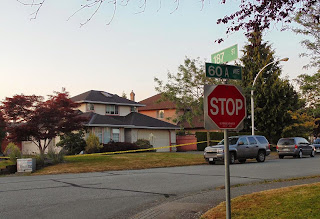 Scan BC is reporting that #Surrey #RCMP are investigating a shooting at 18700 60A Ave. A male was shot inside of a house. Suspect fled on a motorcycle. Turns out the shooting took place around 4:00 - 4:30 PM and the victim was shot in the leg. It certainly wasn't a professional hit. The shooter sped off in a panic on a Japanese motorcycle racing accoss the lawn and speeding off without a helmet trying to put something into his pocket.

The neighbors refer to it as the drug house on the corner. The house is known to the police. It's been a known drug house since winter when the police had it under surveillance and executed a search warrant. The neighbors claim there are cars coming and going around the clock and that it's still a drug house. Somewhat surprising in that neighborhood. It's close to the Langley border and is in a very nice area. 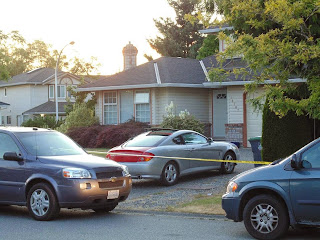