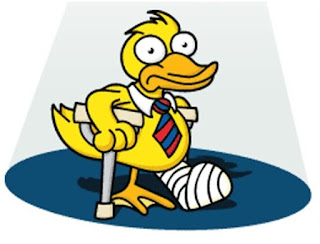 Dianne Watts' lame duck attack poodle has now targeted Bruce Haynes for saying no to the LRT over Skytrain in support of the residents and the elementary school of marginalized children Surrey First wants to steam roll over. I'm referring to Mike Smyth, Dianne Watts' lapdog, who choked on his sour grapes when Dianne Watts lost against Andrew Wilkinson.

Mike Smyth is pathetic. First he challenges Dough McCallum's record on crime and fiscal responsibility which was flawless in vast contrast to that of Dianne Watts. Now he is attacking Bruce Haynes for flipping on the LRT. Mikey and Little Tommie Tinker need to realize that responding to public outcry is a good thing. Steam rolling over it is not.

Yesterday Bruce Haynes said “I think there’s an overwhelming number of people in Surrey who have not felt that LRT is the technology of choice for them.” Exactly. LRT along 104th will create an infrastructure nightmare. Putting a road right through Hjorth Road Elementary school's playing field is just plain wrong. Refusing to recognize that fact is the very arrogance that has predominated Surrey First throughout their reign of terror and fiscal irresponsibility.

Bruce Haynes flipped on the dirty mega casino on rural land scam when he saw the overwhelming opposition to it. So did Dianne Watts. Changing their position in response to the public outcry was good. Tom Gill didn't. He defiantly steamrolled right over the public outcry and pissed off the entire Sikh community who passionately opposed the project. Tom Gill didn't care. He voted for it regardless. That is a bad precedent.

Surrey First has gone through a complete meltdown. Of the eight councilors, two jumped ship, one is running for mayor and three left and are running on a different slate because they reject Tom Gill's pathetic childishness. That leaves them with two councilors.

Back when Alex Tsakumis was Dianne Watt's attack poodle her theme song was Go Godzilla by Blue Oyster Cult. Anyone who opposed Dianne Watts reign of terror was bullied by them including Laila Yuile. Now that Michael Smyth is her new lame duck their new theme song is Three Dressed up as a Nine by BTO. You can fool some of the people some of the time but you can't fool all of the people all of the time. Harold Munro's cheap tabloid of corporate trash is worthless. Tom Gill is is part of the problem. Tommie the Tinker is just a wannabe diva. 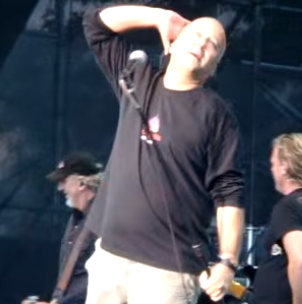 Little Tommy Tinker sat upon a clinker and he began to cry...