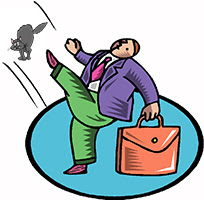 Global is reporting that "B.C. has filed a proposed class-action lawsuit against dozens of pharmaceutical companies for costs associated with the opioid crisis. B.C. Attorney-General David Eby alleges the companies intentionally misled the public about the safety of the opioids they manufacture." This isn't a red herring specifically. It's more of displaced aggression.

This kind of lawsuit is more applicable in the United States. In the US doctors are over prescribing painkillers to patients who become addicted to them then turn to heroin on the street because they don't have a drug plan and can't afford the prescription drugs. That's not happening to the same extent in Canada. Here people were getting a fraudulent oxy prescription and then selling the tablets on the street to addicts.

Who can we sue? Rick Coleman and the BC Liberals for getting rid of the OMGU and dispersing the GTF after the huge Hells Angel busts in Kelowna. They are criminally culpable in the rise in drug trafficking that created. Up until recently we could sue the Surrey RCMP for watching the drug dealers sell fentanyl to unsuspecting clients without arresting them.

When the drug dealers on the Surrey strip stared lacing crack with fentanyl which created a tsunami of overdoses, instead of arresting the drug dealers they stood beside them and handed out leaflets saying Warning these drugs could contain fentanyl. AYFKM? You are standing there watching the drug dealers sell fentanyl to unsuspecting clients. That makes you criminal culpable in those deaths and legally liable for them.

Who else can we sue? Fraser Health because promoting heath is the last thing on their agenda. They do the opposite. They promote addiction and thereby support organized crime.

People are too afraid to confront the drug dealers so they kick the cat and make up other excuses. I'm not a pet guy myself but I don't kick cats. I confront the root of the problem. That's because I was trained in New York. That's why Green Justice supports the New York Model.

Update: These are two pamphlets issued by Fraser Health showing why the BC Government should be suing Fraser Health not the Pharmaceutical companies. The first one is Methadone for pain. The second one is How to use Fentanyl Patches. Fraser Health are the ones over prescribing opioids. Expense claims of former Fraser Health boss and top managers exposed.

Mind you, the government runs Fraser Health so maybe they should just sue themselves.