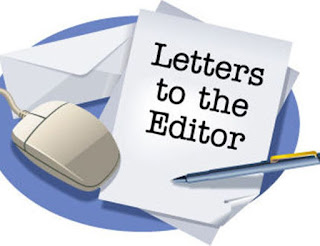 Give it up for Dennis Jensen of Delta who wrote into the paper and said: "Watts criticism welcome Kudos to former Surrey mayor Dianne Watts for criticizing Doug McCallum’s run for mayor of Surrey. Trust me, if I were running for an elected position I would want Watts speaking against me as well - to guarantee me more votes and a possible victory." LOL gone are the days of the mighty Godzilla where speaking out against Dianne Watts hypocrisy was forbidden.

Likewise give it up for Michael Brian of Surrey who wrote in and said "If former Surrey mayor Doug McCallum is serious about scrapping light rail transit, then he definitely has my vote. As far as I’m concerned, the current mayor and council should hang their heads in shame for ignoring their constituents, as the majority of Surrey citizens are not in favour of LRT. I can’t say I blame them. Light rail travels at 30 km/h compared to 80 km/h for SkyTrain. Surely, it makes more sense to extend the SkTrain line to Langley. Let’s elect candidates Oct. 20 who will actually deliver and live up to their campaign promises."

This is how Harold Munro fakes free speech. He runs full page adds pushing Dianne Watts and the LRT then allows individual readers to write in and say I disagree. The paper's propaganda is plastered all over the front page but readers who write in saying they disagree get a few small lines buried in the letters section. It still amounts to propaganda. The paper isn't reporting news it's trying to mold public opinion in accordance with the will of it's corporate advertisers like SNC-Lavalin and the Communist Party of China who recently paid for a full page ad in the local paper.