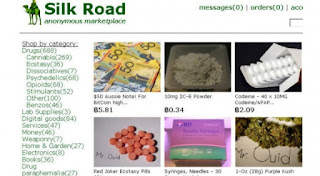 Kelly Hayes from Global is reporting that "Sting operation uncovers dark web fentanyl dealer in Kelowna." It's all very similar to the Friendly Chemist sting on Silk road.

The Surrey Now Leader is reporting that "At a press conference in Cleveland, Attorney General Jeff Sessions was joined by U.S. Attorney for the Northern District of Ohio Justin Herdman and other Justice Department officials who condemned the activities of Kiessling and several others swept up in Operation Darkness Falls.”

“Today’s announcements are a warning to every trafficker, every crooked doctor or pharmacist, and every drug company, every chairman and foreign national and company that puts greed before the lives and health of the American people: this Justice Department will use civil and criminal penalties alike and we will find you, put you in jail, or make you pay,” said Sessions in a press conference at the time.

Unfortunately we know that statement is simply untrue. The CIA have been trafficking cocaine since Vietnam and they have never been charged. Every time they get caught bringing in a ton of cocaine into the US no one is ever charged. Hilary Clinton was the author of Operation Fast and Furious and she was never charged. The US AG at the time stepped down but he was never charged. After Oliver North was convicted of drug trafficking in Iran Contra they made him a Fox News host. Nothing has changed. The real gangsters are the politicians.

Posted by Dennis Watson at 3:52 AM