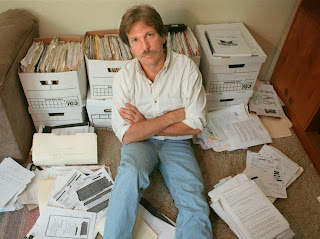 Last night on ET they made reference to a new movie about the Gary Webb story called Kill the Messenger. That is awesome. It totally ties in with Operation Fast and Furious. Very timely since December is Gary Webb appreciation month. This December 10th will be the 10th anniversary of his murder. Jeremy Renner from the Avengers plays Garry Webb in the new movie.

I think it's awesome that Jeremy Renner has helped bring this pivotal story to life on the big screen. Martin Luther King was right. Truth crushed to the earth will rise again simply because no lie can live forever. This is an actual interview with Gary Webb in real life before his murder.

This is an overview of the story called Crack the CIA and of course the famous video of former LAPD officer Mike Rupert confronting the director of the CIA with the fact that the Agency tried to recruit him to sell drugs for them in LA years prior. Mike Rupert also died of a suspicious suicide after he went into hiding posting on his blog From the Wilderness.

There's another related documentary coming about Freeway Ricky's role in the CIA's LA crack cocaine ring called Crack in the System due to be released October 17 2014. Yo bro this ain't over yet. "Gentlemen may cry peace, peace, but there is no peace. The war is already begun." 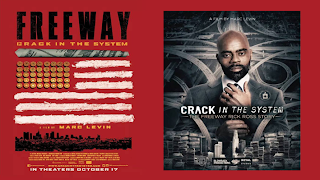 I have now seen the movie and I must admit Jeremy Renner nails it. I'm shocked the Rolling Stone Magazine gave it a so so rating. The movie was awesome. It's not the kind of movie you walk away having a warm fuzzy feeling. It makes you sad and a bit scared to know how messed up the media and the government really is and how much control the CIA has over both. It's a true story that was buried and needs to get out because it wasn't the first or the last time it happened. Operation Fast and Furious shows it's still happening today.

The movie concludes with the fact that although John Deutch, the director of the CIA when Gary Webb released his articles resigned and a 400 page report admitting Gary Webb was right was produced, the world was more concerned with the Bill Clinton Monika Lewinsky scandal to even notice. The Gary Webb story wasn't an isolated incident. The Judge Bonner story was similar but because of his standing he didn't get the same backlash Gary Webb did.

Judge Bonner said when he was in charge of the DEA the CIA brought a ton of cocaine into Florida which hit the streets. The CIA passionately denied it all the way right up until he went on 60 Minutes and documented everything. Then they finally admitted it but said that was the only time and it was a mistake because they were trying to track it to arrest higher level drug dealers. However, just like in Fast and Furious that was a lie because they made absolutely no effort to track the cocaine after it hit the streets. Sadly the movie points out that Gary Webb was eventually found dead in his apartment. He was shot in the head twice. His death was ruled a suicide. Just like Mike Rupert and many others.

This pattern has been used by the CIA since it's inception. Bo Gritz and Terry Reed both testified the Agency was responsible for massive amounts of heroin trafficking during Vietnam. In the Gary Webb story one could see them use the argument the end justifies the means yet in Operation Fast and Furious there is no such excuse. My book will connect the dots and tie it all together.