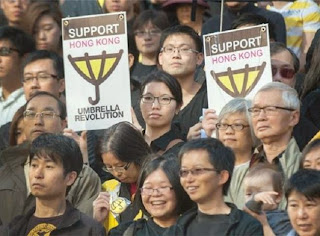 Global is reporting that "Students upset the Chinese government has failed to maintain its promise of open and fair elections have taken to the streets. In these mass demonstrations the protesters have been shielding themselves from police and tear gas with umbrellas, which has coined the term “Umbrella Revolution” because the students have been using umbrellas to shield themselves."

CBC is reporting that "the protesters want fully democratic elections when they cast their ballots for the next chief executive." So are we going to send in air support for the freedom fighters in Hong Kong or are we just going to keep perpetuating the lie? Perhaps the Harper government will ban these protests in Vancouver like the peaceful Falun Gong protest since all he does is censor the truth about the atrocities Communist China commits. 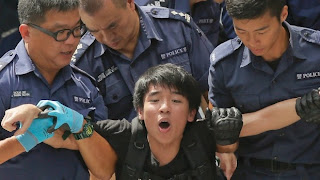