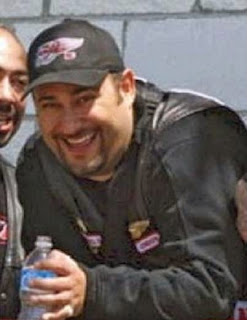 Back on track. QMI Agency is reporting on the the decision by the Ontario Licence Appeal Tribunal to strip Robert Barletta's strip club, Famous Flesh Gordon's, of its liquor licence. The decision lists some of the criminal activity the Ontario Hells Angels have committed that support their criminal organization status.

The Ontario Court of Appeal ruled a bar owner can be denied a liquor licence simply because he is a member of the Hells Angels. The written reasons and supporting facts of the decision " reveal a dozen full-patch Hells Angels and three "hangarounds" with 105 criminal convictions between them, as well as a new support club of at least four members, with 17 convictions between them. Last week, the tribunal ruled Barletta's connection to a criminal organization suggests he cannot carry on the business 'with law and integrity and honesty' -- requirements of the Liquor Licence Act." This is a copy of the reasons for judgement. The support club is the Gatekeepers.