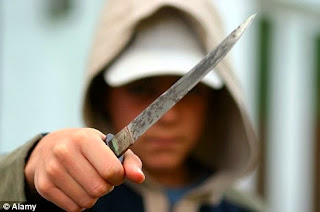 The Huffington Post is reporting on a new Safe Surrey campaign video that admits Surrey isn't so safe. First I'll say it wasn't me. If it was I would have signed it Tom Jones or Agent K. If you check my podcasts you can tell that's not my voice. Doug McCallum says it wasn't him but it was obviously someone who supports his candidacy. I do support Doug McCallum's return to the mayor's office but I am concerned about his position on the Gateway Casino scam which greatly supports all the crime and corruption that video reported on.

There are indeed two sides to Surrey. A thriving metropolis and a seedy underworld which plagues most major cities and small towns in the world. Surrey has always been the brunt of jokes. The Surrey version of the Harlem shake was but one example. People who vocally complain surrey jokes are getting old are delusional and are in denial. The problem in Newton and around the Front Room in Whalley has become exponentially worse. Letting crack dealers sell crack in public is not the answer.

Monday night I cruised the strip outside the Front Room and was amazed at how the numbers have increased so dramatically. Nightshirt ministries were handing out food to a full house in front of the old liquidation world and there was still several angry mobs outside the strip preying on anyone who dare cross their path. It's not just a matter of homelessness. It's a matter of predatory drug dealers who exploit and brutalize the homeless. Like the DTES the Front Room has become the Zombie apocalypse.

A couple of Thanksgivings ago my daughter bought an extra turkey. She said she wanted us to cook it up and hand it out to the homeless on the street. We parked by Pigeon corner in East Van and started dishing it up out of the trunk of my car. One appreciative recipient came back for seconds and said wow this is a real home cooked meal. I commented on the fact that we were from surrey and he started to go off about the Front Room. He said he was just out of jail and was at the Front Room. He said that place is violent. If you don't jump in and help them give someone the boots, they'll give you the boots. I got out of there and came down here instead. My daughter and I thought it was ironic that someone left surrey and went to the DTES because they thought it was safer. The fact is, the area outside the Front Room is violent and predatory. That needs to be addressed because Dianne Watts and Surrey's Worst refused to do so. 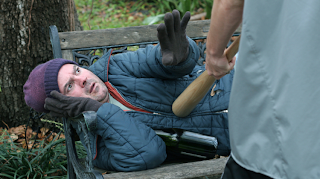