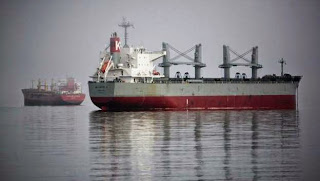 MSN News is reporting that a ship, which had been travelling from Everett, Wash., to Russia, is carrying 400 tonnes of bunker fuel and 50 tonnes of diesel fuel has lost power and is drifting off the B.C. coast toward Haida Gwaii. On its Facebook page, the Council of the Haida Nation on Friday morning said “Coast Guard is preparing for the worst with the ship hitting ground in 3-4 hours” and called the situation “dire.” Mobilize. There is no reason this accident can't be prevented. Get a ship load of tugboats on the scene to steer it to safety. 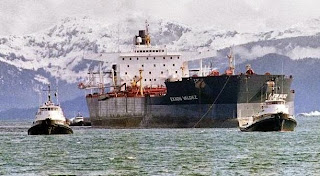 CBC is now reporting that "the Canadian Coast Guard vessel Gordon Reid has managed to secure a line and is towing the incapacitated Russian cargo ship Simushir away from the Haida Gwaii coast, according to officials with the Joint Rescue Co-ordination Centre in Victoria. Navy Lt. Paul Pendergast told CBC News the two vessels are currently moving away from the direction of land at a speed of approximately 1.5 nautical miles per hour. Three other vessels currently en route to the scene have greater tow capability that the Gordon Reid, and are expected to arrive early Saturday morning, Pendergast said." Thank God. This is another reason we need the coast guard in Vancouver that Stephen Harper cut.

Update: CBC is now reporting that the oil tanker is drifting again after the tow lie broke three times. The two other coast guard vessels arrived on scene but aren't properly equipped to secure a tow line. Well that wasn't very smart. Send in some freaking tug boats. This is important. Dispatch the tug boats. Send three new tow lines to the coast guard vessels on scene by helicopter. Use all three tow lines at once so they don't break. Come on scare crow. Use your brain.