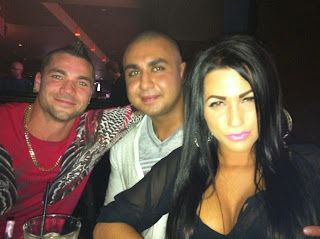 The Vancouver Province is reporting that "Saanich police have arrested six people believed to have ties to gangs on the Lower Mainland following an investigation into a drug-trafficking operation in an apartment on Gorge Road West." No names have been released yet. Police seized 26 litres of GHB, 100 grams of crystal meth and four ounces of heroin as well as a semi automatic rifle.

Name the accused and name the criminal organization. Although these are low level dealers, the last high level drug bust in Saanich with ties to a lower mainland gang were connected to the Independent Soldiers who work for the Hells Angels. Very problematic indeed since Saanich drug dealers have been implicated in Lindsey Buziak's murder.

Lindsay Buziak's ex boyfriend who she was trying to leave was friends with top level drug dealers in Saanich and Langford. Ziggy Matheson and Ali Ziaee were charged in that bust. Careful how far you go down that rabbit hole. You might end up back at BC Rail and implicate the BC Liberals.

Last June Hells Angels associate Bryce Cameron McDonald from Courtney was charged with various offenses after 19 firearms were seized by the CFSU along with six grams of crack cocaine, a machete and equipment believed to be used for the sale of drugs. Imagine that. 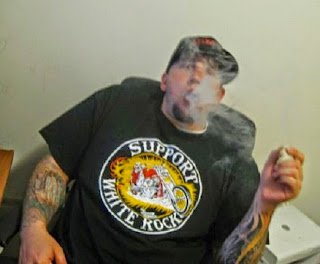