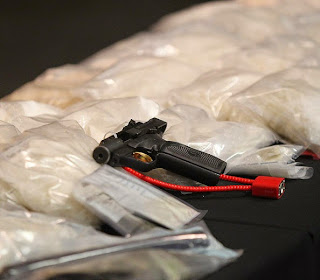 September 24th 2013 the Calgary Sun reported that police found 10 kilos of crystal meth and 260 grams of crack cocaine in one vehicle and found even more crystal meth in a second vehicle along with powder cocaine and more crack.

Just over a year later the Calgary sun is reporting that Jason Quinn Antonio was shot dead behind his home 10:00 AM yesterday morning. Sadly, he likely wasn't shot because he was a crystal meth dealer. He was more likely shot so he wouldn't rat out the ones he worked for and because he was now liable for the debt the seizure incurred.