Mercy is not a sign of weakness, Brutality is 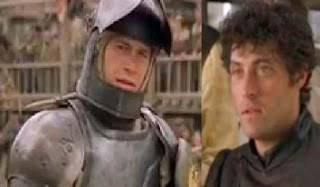 Anciently Cormac Mac Art was a high king of Ireland long before Brian Boru. Comrac was the grandson of Con of the Hundred Battles and a forefather to Niall of the Nine Hostages. Cormac wrote a book for his son called Instructions to the King. In it he talked about similar things that Solomon did. Mercy, truth justice, a Jedi forsakes not these things. Solomon said withhold not good from them to whom it is due. Cormac said crush not the miserable. After you have conquered an enemy there is no need to crush them.

Torturing crack addicts for drug debts is deranged. Don't front them the drugs. The Jay Hall prison beating was also deranged. There is no honour or manliness is swarming someone and giving them the boots. None whatsoever. It's a sign of low self esteem.