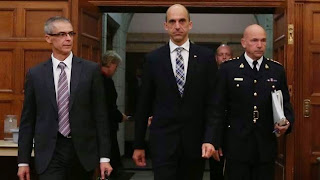 MSN News is reporting that "the head of the RCMP for the first time said the national police force has 63 active national security investigations open in Canada targeting 90 individuals suspected in terrorism probes. However, Commissioner Bob Paulson told the public safety committee that Canadians need not worry, that the force is on top of the files, and working well with CSIS and other law enforcement agencies."

Bob Paulson said don't worry the RCMP is working with CSIS? Before the RCMP shares ANY intel with CSIS they need to charge CSIS with murder in the Air India bombing which their handler helped plan and provided the explosives for. So tell me, how many of these 90 terrorists they are profiling are 70 year old environmentalists that oppose the Enbridge pipeline?

When the RCMP teamed up with CSIS for a terrorist probe in Surrey it ended up in a bold faced lie. The Surrey pressure cooker bomb plot was a complete fraud. The Canada Day allegation was a lie. The mark was originally arrested March 2nd. He was charged again June 25th. There was no means or motive other than the fact that CSIS gave them a pressure cooker which they had absolutely no idea how to make a bomb out of. They had food in it.

While the RCMP are tracking terrorists how about tracking the 1.5 billion dollars a year that is lost not just spent in the anti terrorism budget. If that kind of fiscal irresponsibility isn't an act of domestic terrorism, I don't know what is.

Michel Coulombe replaced Richard Fadden as head of the Canadian Spy Agency that did the Air India bombing after Richard Fadden went public with the fact that Communist China has substantial influence over various unnamed Canadian politicians. Coulombe, who has been with CSIS since 1986, told a parliamentary committee in March that radicalization, or homegrown terrorism, was the spy agency’s “No. 1 priority.”

Destroying civil liberty here at home is their number one priority. Taxpayer Beware. This pencil neck means business. More tax dollars will be lost and recklessly spent on more fake bomb plots like the Toronto 18, Via Rail and the insane Surrey Pressure cooker fraud. These are dark days ahead Harry Potter. Voldamort is in the House. Another season of fraud to steal our civil liberty.

Does this mean they are going to do what Australia did and shoot an innocent man dead to cover their tracks so it can't be proved they are lying? Australians are known for being tough. A short skinny, soft spoken kid attacks two tough armed Australian police officers with a knife at the police station they ordered him to come to because they were profiling him. Nothing about that case makes sense. He was not a terrorist. I can tell you that. Why would a tiny kid attack two armed cops and why did they have to fatally shoot him in "self defense." If he wanted to be a martyr, he would have brought a bomb. He didn't bring a bomb because he wasn't a terrorist. They murdered an innocent man. Just remember who crashed the Nugan Hand bank in Australia. No conspiracy theorist made that up. That is history. Don't let it happen again. 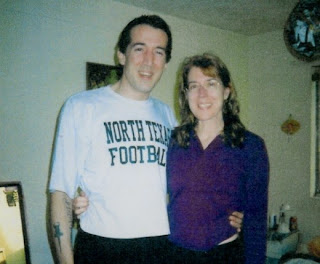 As for the kid in Australia they shot, his family is a friend of my family. The man I know was a cop in Afghanistan. He was shot by the Taliban and had to leave Afghanistan with his family. Why on earth would a kid join a terrorist organization that shot a member of his own family and were the reason they had to leave Afghanistan? The answer is simple. He didn't. He was not a terrorist. They set up and shot an innocent man.