Male shot in Richmond and another beaten to death in Langley 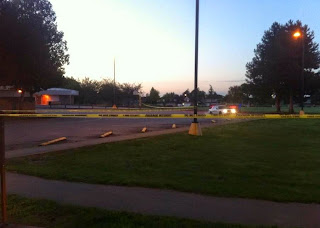 CTV has confirmed a Scan BC report that #Richmond #RCMP are on scene with a male shot several times at Talmey Elementary School 9500 Kilby Dr. Male died at scene. IHIT responding. Scan BC also reported that #Langley #RCMP are on scene after a male was beat to death by several others outside of a house at 27500 32nd Ave. IHIT now taking over.

Plus a teenager was shot dead in Abbotsford Thursday night. Kim Bolan is reporting the victim in the Abbotdford shooting was 18 year old Harwindip Singh Baringh. Kim is also reporting that IHIT has arrested a suspect in the September 24th shooting of Aladdin Ramadan in Burnaby, a 16 year old kid. That means his name won't be released because he's a young offender. That's pretty retro. Nowadays all the local shootings tend to be older.