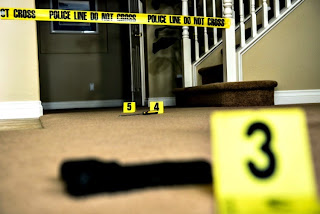 Turns out there was a shooting at a grow op in Cloverdale 5:00 AM Tuesday morning and the victims ended up in the parking lot across from the Surrey Memorial hospital. Today's Vancouver Province ran a pretty disturbing picture of one of the victims lying on the ground before he received medical aid. I just want to point out one thing - I don't do that. The Kelowna Now posted a picture of the crime scene.

I don't post pictures of dead people or people after they've been shot. That's not the way I roll. I didn't post that picture of Larry Amero lying on the ground after he was shot in Kelowna either. The papers in Mexico are far worse for posting graphic images of dead and mutilated bodies. I think we as a people should be above that. I think we should have a little more respect for the dead. That sentiment is going to tie in with my next two posts about brutality.