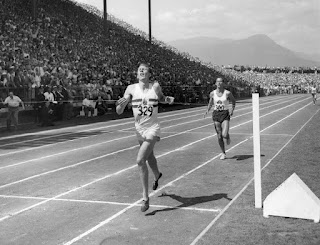 CTV is reporting that "The Conservatives have opened a five-point lead and leader Erin O’Toole has surpassed Liberal Leader Justin Trudeau in popularity among voters, giving the Conservatives clear momentum going into the holiday weekend, according to nightly tracking conducted by Nanos Research for CTV News and the Globe and Mail."

“Looking at the trend, Erin O'Toole is shaping up to be a political freight train,” pollster Nik Nanos said on Friday's edition of CTVNews.ca's Trend Line podcast. “It's been a game changer of an election and Erin O'Toole definitely has momentum.”

"The latest tracking result shows the Liberals and Conservatives have essentially swapped places since the election kicked off on Aug. 15, as an Aug. 12 poll showed Liberal support at 33.4 per cent and the Conservatives at 28.4 per cent."

"But the story of the campaign has been Canadians’ increasing acceptance of the idea of O’Toole as prime minister. “When you look at the trend line the Conservatives are incrementally picking up basically every day,” said Nanos. “I think we have to say, factoring the ballot numbers, that O'Toole has been the top performer in this campaign, and O'Toole's performance on a day-to-day basis had been driving that incremental increase.”

“Tick tock for the Liberals because time is running out in this election. I know it's only Sept. 3 but before we know it we’ll be pushing into the last week of the campaign,” said Nanos.