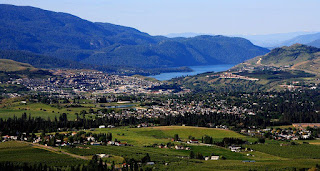 The Vernon Morning Star is reporting that "One person is dead and one man is in custody after a shooting in Vernon Monday morning. Vernon North Okanagan RCMP was called around 11:30 a.m. on Sept. 20 with reports of a possible shooting and a vehicle fleeing the area."

"Search for the vehicle resulted in the discovery of a dead person in the 4500 block of Enderby Road. The vehicle, a blue 2008 Kia Sportage was located near Armstrong through coordinated efforts between Vernon RCMP, a police helicopter and the emergency response team. A police vehicle was damaged by the suspect vehicle but no injuries resulted." A suspect is in custody.