The Motive behind the Media's Misrepresentation 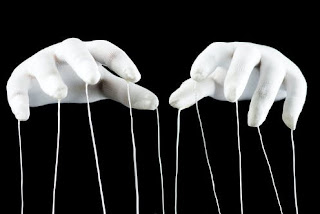 I said dark days were ahead and that day has arrived. Darkness has fallen. Today I want to examine the media's conspiracy and the motive behind it. Recently we talked about how the media is intentionally misrepresenting the use of ivermectin. Global and CNN both lied and said ivermectin was not for human consumption. It's not hard to see the motive behind that lie.

It was the same with the misrepresentation of hydroxychloroquine. They said hydroxychloroquine was not safe. That was a lie. It's been around for years and is FDA approved for the treatment of malaria. Laura-Lynn Tyler Thompson was prescribed it by a doctor for lupus and has been on it for ten years. They give it to pregnant women. People can argue about whether it helps Covid but saying it is unsafe was a lie. Once again, it's not hard to see the motive behind that lie.

Recently there was a large anti Vaccine passport protest outside the Kelowna hospital coordinated with several other protests that same day across the country. The media completely misrepresented that protest claiming it was an attack on health care workers when it was anything but. Health cate workers were participating in the protest. No one was prevented from going to work. The media lied. Again. The motive is the same.

Recently there was a large protest in Calgary hosted by firemen and first responders. They stood for an hour of silence with signs that supported the freedom to choose. One spokesperson sad "It's not about vaxxed or unvaxxed. It's about the freedom of choice." Did the media cover that protest? Of course not. They didn't even mention that it occurred. Just like they failed to mention health care workers were participating in the protest outside hospitals.

Recently an ethics professor from Ontario posted a video about her refusal to take the vaccine because it was unethical. Covid numbers are being grossly misrepresented in the media. She did not believe being forced to take an experimental vaccine medical doctors have warned her about was warranted. She felt forcing people to take it was unethical. I agree.

Now we have CBC, the ones caught lying about hospitalization rates in Manitoba claiming that people who object to forced vaccination have mental health issues. This is a dangerous precedent. Medical choice is a fundamental right as is informed consent. So is the freedom of speech and the right to lawful assembly. Now when people voice their concerns about a public policy, instead of listening to those concerns the politicians wait for the media to defame them.

Instead of listening to their concerns we now have the media telling us that all those doctors, nurses, firemen, police officers and ethics professors all have mental health issues. That is George Orwell. That is what a Communist State does not a Confederation of freedom.

As we walk through the dark side of the morning, the sun will rise and the shadows will flee. 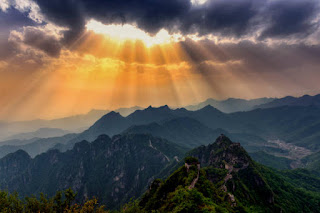