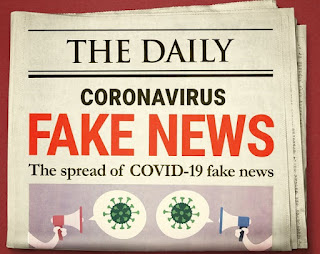 I don't watch Global television anymore because ever since they were bought out by Post Media News, Global has become ridiculous. They are now synonymous with CNN. However, I was doing some cardio at the gym today before they shut it down with vaccine passports and a Global news clip came on the TV there.

The fake news clip showed shots of Ivermectin and Fox News and I was like WTF? Has Global finally seen the light? Then I notice they were trashing the use of Ivermectin and any other Covid treatment to promote the RNA Vaccine agenda.

The Alberta Health Services published a paper on a study of the use of ivermectin for treating Covid. That paper states that "Ivermectin is used to treat parasitic infections (such as intestinal worms or lice) in both humans and animals." The difference is the dose.

The Mayo clinic states that when ivermectin is used to treat parasites in humans the usual dose is from 150 - 200micrograms (mcg) per kilogram of body weight. A cow weighs more than a human so you're going to use a larger dose. Global television is lying.

The preliminary study by the Alberta Health Services states that "The studies evaluating ivermectin treatment are not high enough quality to properly decide if ivermectin is useful or not." However, other trials and studies have been done in the US and Canada.

Ivermectin is kind of like remdesivir. Remdesivir has been around for years and is safe. It's used for the treatment of malaria. Doctors have expderimented with remdesivir for the treatment of Covid. Skeptics can claim it doesn't work for Covid but they cannot say it is unsafe. The worst that can happen is that you won't get malaria if you try it. Likewise, in the proper dose, ivermectin is proven safe to treat parasites in humans. The worst thing that can happen if you try it is that you will get rid of any worms or parasites you may have.

Parasites in humans are very common. Many people in Europe go on parasites cleanses every 6 months. Some human parasite crave sugar. Going on a parasite cleanse can sometimes help people lose weight. Skeptics may claim that ivermectin doesn't help Covid but they may not say it is unsafe. When they say that they are lying. Just like they did about hydroxychloroquine.

The Global television fake news report had clips of Donald Trump making his infamous clorox bleach statement. That was pretty funny and pretty stupid. He was just rambling trying to problem solve and blurted out something pretty silly. After he said that, a friend sent me a funny meme saying that there's a new Capuchino on the market called an Americano. It contains Clorox bleach. That was fair comment. He said something stupid and people made fun of it.

Dr Simone Gold from America's Front Line Doctors held a press conference in Washington called the White Coat Summit where she lined up a dozen medical doctors who shared their positive experiences treating Covid with hydroxychloroquine.

YouTube censored the video and the fake stream media came up with some absolutely ridiculous propaganda claiming that the doctor was going off about demons having sex with humans. That was never mentioned at the summit. The lies and defamation became absurd.

Thankfully the website for America's Frontline Doctors stands. They had another White Coat Summit on the one year anniversary of the first one which was broadcasted from Texas.

Laura-Lynn Tyler Thompson is a local vlogger who stated that she has been on hydroxychloroquine for 10 years. She was put on it for Lupas. It is FDA approved. You can get it at Costco but you need a prescription and they won't give you a prescription for it if you have Covid because that interferes with the vaccine industry. Nevertheless, it is safe.

Donald Trump never even mentioned ivermectin. I didn't hear about that until Dr. Patrick Phillips mentioned it at 23:04 in Derrik Sloan's press conference in Ottawa. Global television is lying to us on a daily basis. People who stay at home and believe everything they watch on television are stupid. I'm sorry to say it but it's true. I can confront evil but I can't fix stupid.