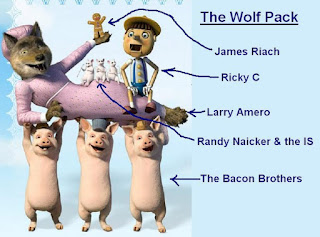 Today is the 10th anniversary of Jonathan Bacon's murder. Castanet has posted an overview. Normally I would declare that this should be a national holiday because riding the world of such a scumbag was indeed a community service. However, given the public nature of the shooting and the tragic nature of Lea's injuries, I will refrain. Castanet observes that Gang violence continues to plague the Okanagan 10 years later. I have already explained why.

I did not post the picture of Larry Amero lying on the ground shot. That is not the way I roll. I did not glorify Khun-Khun for his alleged role in the murder because anyone can pull a trigger. My role is not to glorify gang life. My role is to expose it for what it really is and encourage people to leave the life and aspire to something higher. The problem now is the CFSEU and the BC NDP.