The Western Standard is reporting that "British Columbia’s Provincial Health Officer, Dr. Bonnie Henry, will stand trial and address the concerns of BC-based organization the Canadian Society for the Advancement of Science in Public Policy (CSASPP). The self-described non-profit, non-partisan, secular, and crowd-funded organization’s objective is to counter BC’s COVID-19 related measures, which have been in place since March 18, 2020 when the provincial government declared a state of emergency." This is good news.

"The ball got rolling on Tuesday morning when CSASPP had their first hearing. It initially filed their class action suit on Jan. 26, 2021, and Henry must personally submit to answering their questions while under oath. The certification hearing will be on the week of June 20, 2022."

They are challenging any policy that constrains any activity of any person inadequately supported by either science or law. We have the federal charter challenge but that is problematic because of the notwithstanding clause. The charter can be set aside in times of emergency. This action confronts the fake science rationalizing the manufactured emergency.

The PCR test is scientifically worthless. The Portugal court has confirmed that and has ruled lockdowns based on the PCR test are illegal. I believe other courts have done the same. That is something within reach. Since this action is crowdfunded, it is worth donating to the Canadian Society for the Advancement of Science in Public Policy (CSASPP). 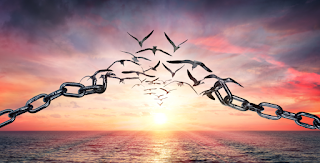