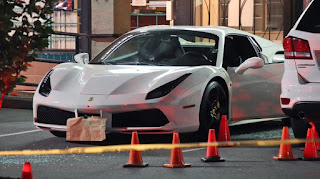 CTV is reportng that "Police say a male victim is in hospital after a shooting in Surrey, B.C. The RCMP say officers responded to a shots fired call on 152nd Street just after midnight. Police say a male with a gunshot wound was found at the scene and rushed to hospital."