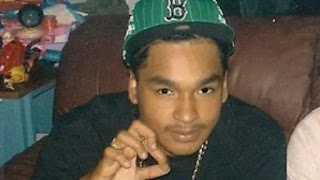 The Winnipeg Free Press is reporting that "Two men have been charged with gunning down a man in a suspected gang attack outside a private girls school during a sunny afternoon in June."

"Dahir Abdi, 19, and Theodoros Kyriakakos, 21, both of Winnipeg, were arrested Tuesday and charged with first-degree murder in the death of 29-year-old Kyle Anthony Braithwaite just steps away from Balmoral Hall School in West Broadway on June 14."

"Police will only say the shooting wasn't random, but in June, a community outreach worker with experience working with street gangs said the crime was related to a dispute between the Mad Cowz and B-Side. On two occasions, Kyriakakos pleaded guilty to drug possession, once in December 2018 and again in July 2019."

The Mad Cowz work for the Hells Angels just like the zig Zag Crew did. So once again, the Hells Angles are at the root of the violence.

Posted by Dennis Watson at 8:11 AM