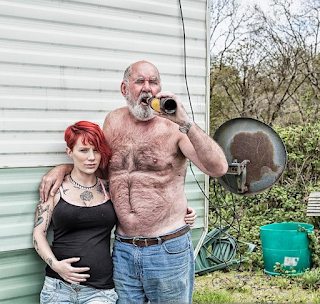 CBC is reporting that "Despite advances in health care, the number of syphilis infections is skyrocketing across Alberta, reaching their highest levels in about 70 years. The disease is a bacterial infection, usually spread by sexual contact, that infects millions around the world each year. Without treatment, syphilis may attack major organs resulting in death."

"Almost half the cases were in Edmonton, which had about three times as many as were reported in Calgary. In fact, Edmonton has one of the highest syphilis rates in Canada."

"The popularity of social media apps being used for dating, such as Facebook, might be part of the reason for the surge, said Singh. There is also a significant link between methamphetamine and sexually transmitted infections. Edmonton also has the highest rate per capita for methamphetamine use, according to a wastewater survey by Statistics Canada."

I'm sorry if I find this amusing but Edmonton is a bit of a toilet. Kinda like Surrey and the DTES. That's why I encourage people to travel. Get out of the fish bowl. The problem is infidelity. As the Falun Gong declare, the world needs more morality. Safe sex is when you are faithful to one partner. If you are unfaithful that simply means you are untrustworthy.

Well I'm off on holiday!.... just got my covid test result so ready to hit the beach!... pic.twitter.com/O9BcPBr7vN