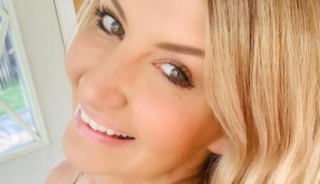 The Edmonton Journal is reporitng that "The death of a woman found by Edmonton police in a downtown home over the weekend has been ruled a homicide. Just after 4 a.m. on Saturday, officers conducted a welfare check at a home in the area of 93 Street and 103 Avenue. When they arrived, they found 36-year-old Lyndsay Bruno dead."

"An autopsy completed Tuesday found the cause of death was a gunshot wound and the manner of death is a homicide. In a news release Wednesday, Edmonton police said the suspect in Bruno’s homicide is now dead."

"The suspect, a 39-year-old man, initiated a confrontation with RCMP in a rural area 10 kilometres west of the Sunchild and O’Chiese First Nation on Saturday. One officer fired a weapon that uses “less lethal rounds” while other officers then fatally shot the man with their service weapons." As a result, Edmonton police said no charges will be laid in Bruno’s death."

I want to follow up on this. Murder is alwatys evil but there is something shady about this one. Lyndsay was a dynamic mother of two. A GoFundMe page has been set up to cover funeral expenses and raise money for kids at this heartbreaking time.