The Booster Fraud is Ridiculous 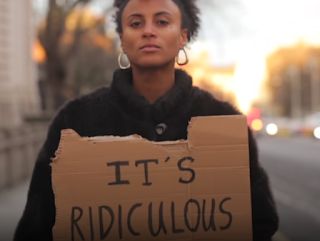 Traditional vaccines were a one shot deal. This double shot scam before you're fully vaccinated was just a way for the pharmaceutical companies to double their money. This booster shot scam is absolutely ridiculous. Not only are the new gene therapy vaccines more dangerous than traditional vaccines, they don't even work.

Tom MacDonald said that big pharma won't cure you because every person healed is a customer lost. That is exactly what we are seeing with the double dose stupidity.

Instead of filling Bill Gate's pocket, think of what real life saving medical care we could fund with those billions of dollars. People like Bill Gates and Geroge Sorrows don't fund Communism to share their wealth. They do it to increase their wealth at the expense of others.

Over the year's we've discussed the concerns about media mergers. When people like Conrad Black were buying up all the media outlets, people became concerned that the news was biased. Well it still is. Once all the media outlets are owned by the same entity, they become easier to control. Change the ownership and you change the news.

When Post Media News said Charman Mao did great things, that revealed how absurd their propaganda has actually become. It shows who owns the western media now.

I keep harping about how CBC was caught lying about the Manitoba hospitalization rates and rightfully so. When a media outlets make a mistake, that's big news. When they intentionally lie, that is Goerge Orwell. Unfortunately, it's not just them. Post Media News did the same thing. They lied about the Covid ICU rates in Edmonton.

As Dr Simone Gold pointed out, Cases mean absolutely nothing. Especially since the PCR test is worthless. The media is bombarding us with lies on a daily basis. The gargle test is far less invasive. However, there is another concern.

With the launch of the new illegal vaccine passport scam people are scrambling to find alternatives. How about getting a Covid test three times a week instead of getting the vaccine? AYFKM? Who do you think is making money off those unnecessary worthless Covid tests? The same people pushing the fake RNA vaccines.

When we first reopened after the lockdown employees in the movie industry had to take an up the nose Covid test three times a week. That is insanely expensive. It is a complete waste of money on a misrepresented fraud. The vaccine companies are making billions off this fake pandemic. So are the people that run the fake tests fostering the fraud.

During the pandemic, testing outlets in Florida were caught falsifying test results. People had signed up for the test but after seeing the long line, went home without getting tested. They then received notice that they had tested positive for the virus when they never took the test. This didn't just happen in Florida. On top of that the CDC admitted that a positive covid test might mean you simply have the common cold because their test can't tell the difference.

Several months ago I had a conversation with someone who said. "But they can't fake the death counts." Of course they can and of course they did. That is a really stupid thing to say.

Dr. Scott Jensen, a US state senator and Dr. Annie Bukacek, MD blew the whistle on the falsified death counts. CTV reported that since the beginning of the pandemic, 10,947 people had died from Covid 19 in Canada. 10,781 of those deaths were the elderly living in care homes. Yet the same number of elderly died this year as last year and the year before that.

Senator Ron Paul exposed the fact that the second wave was a fraud. So is the fourth wave.