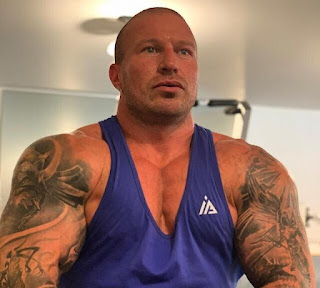 Castanet is reporting that "Kyle Gianis has survived yet another attempt on his life. Kelowna RCMP confirms one of the men shot outside a restaurant on Pandosy street Saturday night was Gianis, who has survived other assassination attempts as recently as March. Gianis was treated for non life-threatening injuries and has since been released from hospital. The other victim, a 25-year old man from Surrey remains in hospital with what police describe as life-threatening injuries." So Kyle was one of the men shot in yesterday's daytime shooting. 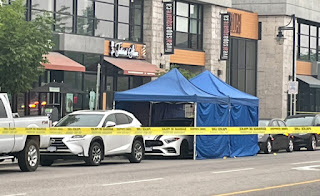 There's a lot of shady sh*t going on. In March Kyle Gianis was shot in the leg outside a Kelowna gym 12:30 in the afternoon. Five days after the CFSEU raided his house and seized his car without charging him. Yesterday he was shot in broad daylight at a busy restaurant. It seems as though the people trying to shoot Kyle have no fear of getting caught by the police. Just like Arnie.
Posted by Dennis Watson at 2:05 PM