China bans men it sees as not masculine enough from TV

The Canadain Press is reporitng that "China’s government banned effeminate men on TV and told broadcasters Thursday to promote revolutionary culture, broadening a campaign to tighten control over business and society and enforce official morality."

"Broadcasters must 'resolutely put an end to sissy men and other abnormal esthetics,' the TV regulator said, using an insulting slang term for effeminate men — niang pao, or literally, girlie guns. That reflects official concern that Chinese pop stars, influenced by the sleek, girlish look of some South Korean and Japanese singers and actors, are failing to encourage China's young men to be masculine enough."

I have two points to make. First is the obvious. Where are the Ggay rights in Communism? There are none. Communism lies to every social group and cons them into fighting for them. As I said, in Communism there are no Gay rights because in Communism, no one has any rights.

This brings us to the leftist lie. Liberals claim that Conservatives are homophobic. That's a lie. Communists are. There are no doubt some Christian Conservatives that do not support homosexuality. However, Christians don't own the right they are simply a part of it.

Brandon Straka and Rob Smith are Gay Conservatives and they are welcome participants as is Blair White. Blair White is transgender. She states that just because I believe in civil liberty and low taxes does not make me transphobic. Blair White is not afraid of herself.

It's like Candace Owens humorous coming out video. She did a skit telling her parents that she was Gay. They were thrilled. Then she came out as Conservative and they freaked.

The mother exclaimed how can we tell our neighbours our daughter is a member of the KKK?! Her response was What?! She's black. How can she be a member of the KKK. She's not. Candace was just using humor to show how ridiculous the lies of the left have become.

Liberals claim that Conservatives are racist Islamophobes. Ah no, that would be Communists. The ones killing Muslims and Falun Gong in China. You have it backwards.

Another bizarre claim the original article makes is that "Broadcasters should avoid promoting vulgar internet celebrities and admiration of wealth and celebrity, the regulator said. Instead, programs should vigorously promote excellent Chinese traditional culture, revolutionary culture and advanced socialist culture."

I don't drool over celebrities and I don't covet greed or materialism. I will however, point out the absolute hypocrisy in that statement. The politicians in the Chinese Communist Party are the richest in the world. They are filled with greed. There is no socials justice or sharing their wealth.

It's not about Communism versus Capitalism. Corporate Communism is Communism. It's about Freedom versus Slavery. That is what this is about. This attack on greed is another Socialist lie as is their claim to promote traditional Chinese culture. The cultural revolution in Communist China was a cultural genocide. The Falun Gong promote Chinese culture. The CCP does not.

The CCP stole the name of Confucious to promote their Socialist propaganda not to promote Chinese culture. They don't believe in or teach the virtues of Confucious. The Confucious Institute in just another lie. Buddhism and Taoism is a part of Chinese culture the CCP is actively trying to eradicate. Remember, these liars control our media and now own Disney. 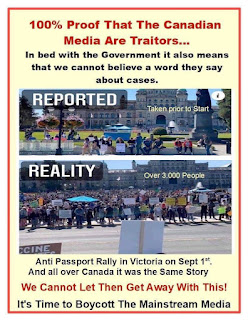