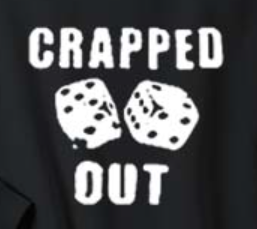 The Globe and Mail is reporting that "Conservative Leader Erin O’Toole is the latest federal party leader to promise a national system for proving residents have been vaccinated against COVID-19. The move was among a number of pandemic-related campaign pledges O’Toole unveiled today during a stop in Coquitlam, B.C."

That guy is such a POS. No wonder the mainstream media loves him. He's just another globalist. Maxime Bernier is the only Conservative leader on the ballot. If Erin O'Toole loses this election, the Conservatives will elect a new leader. I'm voting Maxime Bernier. Erin O'Toole is no better than Justin Trudeau. Iron Maiden saw it. So did Gadianton.

This is called infiltration. Where the right is infiltrated by the left. It is the Bush Clinton Fraud. In the US they call them RINOS. Republican in Name Only. Yet it's worse than that. They aren't Republicans, they are Globalists which is simply Communism rebranded.

In the US, elements within the Republican Party are teaming up with elements within the Democrats to form a single party - the Communist Party of China. People like Mitt Romney and Mitch McConnell who are snakes in the grass on the take. This is where Chris Sky was wrong. Maxime Bernier is the only leader that opposes lockdowns and vaccine passports. Giving the other parties more power will not get our rights back.

There are businesses fighting this. There are police officers who oppose this. Yet people like Justin Trudeau, Jagmeet Singh and Erin O'Toole will continue to rob us of our civil liberty unless they are removed from office in elections. Thankfully, No lie can live forever.