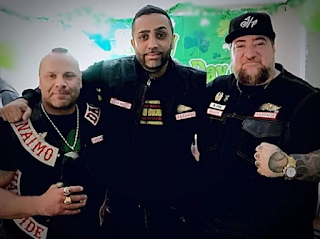 Dr Spin is reporting that "Two Alberta men who shot to death a popular local Hells Angel in a Surrey drive-thru two years ago have been sentenced to life in prison with no possibility of parole for 20 years. Crown spokesman Dan McLaughlin confirmed Monday that Calvin Junior Powery-Hooker, 22, and Nathan James De Jong, 23, pleaded guilty in June to second-degree murder, instead of the first-degree count with which they were originally charged."

"The two young Albertans were hired as hitmen who travelled to B.C. in August 2019 to kill Suminder (Allie) Grewal - a full-patch member of the Hardside chapter of the Hells Angels and a close associate of the Brothers Keepers gang." That statement is true. Then comes the bullsh*t...

Murdering a Hells Angels is significant and if it was a rival, there would be retaliation. This wasn't a rival. It was the Edmonton charter. The ones who are in charge of the Brothers Keepers in Surrey. Edmonton was in charge of Redd Alert who took back the drug dealers in the DTES for the Hells Angels from the UN. After they took those drug dealers back, they killed Glen's wife and gave the DTES to the Cub Pack In exchange, Edmonton was given Surrey.

Dr Spin is rationalizing the club's murder of Ali by claiming he owed money. That is a lie. Ali was well respected by the Brother's Keepers. That is true. Since he was their man and did all the work, he wanted some of the drug profits. Edmonton said no and killed him. No L&R there.

The club killed Chad too for the same reason. The Hardside didn't control the Brother's Keepers, Edmonton did. Hardside were given finger puppets in Fort Langley. Dr Spin admits that there have only been two convictions in Hells Angels murders in BC. 10 other cases remain unsolved. That's because the 10 others were ordered by the club.

Jason Wallace killed Bob Green with his own gun because he didn't want to take the fall for Lenny like everyone else. Lenny still hasn't been convicted of that drug charge. Ask yourself why. 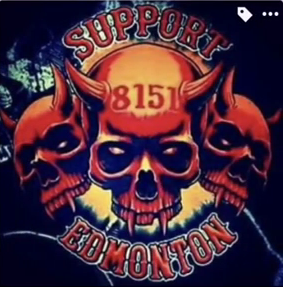