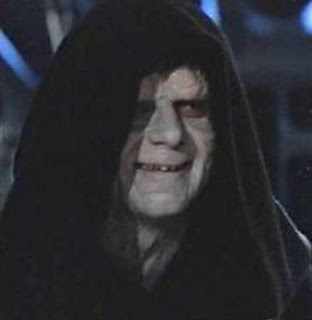 Let's have a look at something abstract then take a look at Central America while we take a closer look at ourselves and organized crime. Adolf Hitler did in reality exist. He wasn't a figment of our imagination and concerns about him were not conspiracy theories. We all know that Hitler was bad but do we all know how he tricked the German people? Twice.

So, once upon a time there was an aspiring senator named Palpatine. He wanted to become a dictator and turn the free republic into an empire that he controlled. To accomplish this he had a cunning plan. He would hire mercenaries to attack his home planet. He would then use that attack to gain sympathy in the senate and become elected chancellor or head of state.

Hitler did the same thing. Hitler got his SA to burn down the German parliament buildings and blame it on terrorists to enrage the German people and give him special powers as the head of state. He too became chancellor. Hitler used that false flag attack to gain control of the senate so he could become a dictator.

Then he got his SA to burn down a German radio station and blame it on Poland to enrage the public and justify his invasion of Poland. The rest is history. I'm not saying the entire Star Wars saga is about Hitler. I'm saying George Lucas took small bits of what Hitler did and wrote about it in an elaborate fictional allegory about how an evil power took over a free people and oppressed them.

Although I agree with Eileen Mohan in that criminals are abusing our sacred Charter of Rights, I also agree with Justin Trudeau. The Charter of Rights is a sacred document we can all be proud of. We should not at any time remove individual rights and freedoms to respond to any emergency be it real or manufactured.

The judges in BC are not enforcing the same federal laws here as they are in Ontario. Ontario has deemed the Hells Angels to be a criminal organization because of their documented criminal activity. There is no reason we can't do the same without throwing away the charter of rights. We need more public accountability not less.

The Patriot Act in the US is far from patriotic. The intrusive security measures at the border are suspicious. The 9/11 terrorists did not enter the US from Canada. They entered the US directly from other countries. In fact, it was the CIA who over ruled the governing body that refused to issue the 9/11 terrorists passports so if anyone needs more security and accountability it's the CIA not Canada.

Oh and Sarah Palin is whacked. Islam is a world religion that is safeguarded under the US Constitution. Too many US extremists are too quick to throw out the Constitution over manufactured emergencies just like Senator Palpatine.