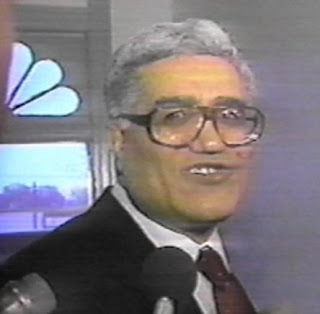 Long before it became common knowledge that the CIA were using military aircraft to smuggle cocaine in and out of Mena Arkansas, there was a strange case involving the suspicious suicides of two young boys. The case is hard to follow but one thing became clear. A crooked corner not only falsely concluded their murder was a suicide, but he knowingly tampered with evidence trying to cover up his misdeed and that he has been accused of misdiagnosing several murders in the area as suicides.

Two boys "fell asleep" on a railway track. The train engineer saw them so he blasted on the horn and the brakes. The boys did not wake up and were run over by the train. Don Henry, 16, and Kevin Ives, 17 died. 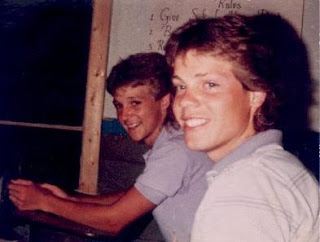 At the time, Fahmy Malak, Arkansas's state medical examiner, was the one responsible for ruling on cause of death. His plan was to rule the boys' deaths a double suicide. However, after conferring with Jim Steed, Saline County Sheriff, they decided no one would accept such a ruling and changed the cause of death to accidental.

Without any supporting evidence, Malak ruled that the boys had each smoked more than twenty marijuana cigarettes and, in a psychedelic stupor, had fallen asleep on the tracks. It was later learned that the state crime lab never even tested for the concentration of marijuana and, in fact, had used a test on the boys' blood which was designed to be used on urine. Outside experts were shocked at the absurd ruling. The families' nightmare battle against the state medical examiner was made more difficult by Governor Clinton's public support of Malak. However, after thirteen long months, the parents were finally able to prove what they had believed all along, that the boys had indeed been murdered.

Because of their persistence, Kevin and Don's bodies were exhumed, new autopsies were performed, and a grand jury was convened. Dr. Joseph Burton, a nationally recognized forensic pathologist from out-of-state, performed the new autopsies. His findings revealed that Don Henry had been stabbed in the back and Kevin Ives' face had been smashed by a blow from a rifle butt before their bodies were placed on the railroad tracks.

Burton's autopsy also revealed that Malak had mutilated Kevin's skull by sawing it in so many different directions that it was impossible to tell where the original skull fractures were. Malak also had completely dismantled Kevin's jaw bones. Burton stated he had performed thousands of autopsies and had never seen anything like it. Was Malak trying to hide something?

"A former employee at the crime lab has said he discovered what appeared to be evidence of a stab wound during the original autopsy, but was told, quote, 'not to worry about it.' Malak has refused all comment."

"During the midst of all of the turmoil, with trying to get the ruling changed in our case, it became very apparent that this was not an isolated instance of an error in the ruling on the manner of death. There were many other cases statewide that we became aware of."

In 1992, The Los Angeles Times tallied more than twenty additional cases where Dr. Malak had falsified evidence and ruled incorrectly. One case involved the murder of Raymond Albright who had been shot five times in the chest with a Colt 45. Incredibly, Malak had ruled suicide.

Another case involved James "Dewey" Milam whose body was found without the head. In this case, Malak ruled the cause of death to be an ulcer. Although Milam's head had been clearly severed with a knife, Malak claimed the family pooch had bitten off the head, eaten the entire thing, and then regurgitated it. Malak says he tested the dog's vomit and found traces of Milam's brain and skull. Unfortunately for Dr. Malak, Milam's head was later found. Malak, it turns out, had made up the entire story. Media coverage of Malak's dishonest rulings resulted in a massive public outcry calling for his removal from office.

Nevertheless, both Governor Clinton and the Arkansas State Medical Examiner Commission Chairman, Jocelyn Elders, who had the power to remove Malak from office, not only insisted he remain, they gave him a raise.

"Based on the facts I have, I really feel that Arkansas owes Dr. Malak a great debt and a real apology."

"I was outraged that protecting a political crony of Clinton's was more important than the fact that two young boys had been murdered."

Chip Tatum claimed both Bush and Clinton were aware of the CIA's drug running out of Mena Arkansa.