Betrayal within the Hells Angels 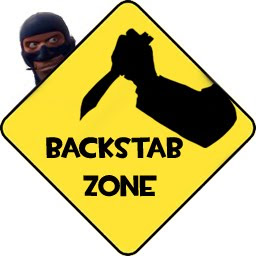 I know I've talked about the Lennoxville massacre before but I'm going to reexamine it and discuss the subsequent plague of betrayal that continued which has become a blight upon our society and within the Hells Angels in Canada.

Salvatore Cazzetta was pissed and saw the massacre as a betrayal and violation of the biker code. Bouchard, the convicted rapist didn't have a problem with it and joined the Hells Angels. Cazzetta didn't and helped form the Rock Machine.

One account claims the Laval chapter thought something was up and didn't show up at the party but they did show up when they were summoned to an official club meeting. It has been said that Halifax chapter was present and that is why they were tried for being participants in the massacre.

One blog reader from Halifax claimed that the Halifax chapter didn't know about what was going to happen before hand, they were just called in to be witnesses of the event. He claimed that Randy Mersereau had a problem with it but David Wolf Carol didn't. That historic event shows you what kind of people were attracted to the Hells Angels and what kind of people had beef with the Hells Angels in Canada.

Normand "Biff" Hamel was another example. He was a prospect in that chapter and witnessed them murder his sponsors. He didn't have a problem with it and like Mom Boucher used it as a stepping stone to advance himself in the club. Yves Trudeau on the other hand was a little closer to his friends they murdered and turned police informant after that.

Randy thought those guys were too controlling and wanted out so he left and they killed him. As well as his brother and his brother's common law wife. Now there's talk about the same people being involved with Randy's murder may have been involved in Rusty and Ellen Hall's murder.

However, Juel Stanton robbed grow ops and took them over for the Hells Angels. That is what they had him do. Just like recently people claiming to be Hells Angels with guns scared the shit out of a kid in the American Backpackers Hostel.

One has to wonder why they betrayed Stanton and killed him. One person said he was tied to the Surrey House of Horrors and was involved in the Pickton murders. Yet that same person said his death ended the Hells Angels involvement with Pickton. Unfortunately, that doesn't make sense. Did Stanton attend parties at Piggy's Palace? He certainly wasn't the only one who did. That was the Haney chapter's gig. Dave Pickton didn't want to testify at his brother's trial because he was invited to a Hells Angels rally of some kind. Somehow I don't think Stanton was the only Hells Angel connection to Pickton.

One person claimed he was robbing grow ops and taking them over that were already owned by other Hells Angels. Yet why would he do that? It doesn't really make sense. Personally, I think they killed his simply because he was drawing bad press. Just like why some think they're gonna kill John Punko next: simply because he might lose his criminal org case. There sure ain't no L and R there. That kind of betrayal is really messed up.

I'm told that the new Rock Machine consist of mostly ex Hells Angels. You can't keep kicking people out for stupid things and not expect them to network, organize and mobilize against you. That kind of arrogant control freak conduct will come back to bite you in the ass so it will.

That's not even mentioning the really good people who were betrayed like Brittney Irving or Geoff Meisner. They both were murdered and they both had ties to the Hells Angels. The rumors were false. They did not rat on or steal from the Hells angels. Those accusations are bullshit.

So here's the deal. Not only is the Hells Angels racked with internal betrayals, it is filled with secrecy. People are only told things on a need to know basis. If Quebec didn't let Halifax know about the Lennoxville massacre until after the fact, what other secrets are they keeping from each other?

Then there's the Death Riders take over and the Christmas of /95 betrayal when Bobby Moyes, the hit man who murdered a Hells Angels informant claimed Salvatore Ciancio wanted Mike the guy who Moyes brought with him to do the job, killed at the house after the couple was murdered.

Blind love and blind loyalty is a dangerous thing when you're dealing with an organization that has a long history of secrets and betrayal. 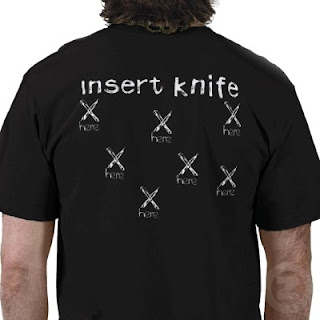