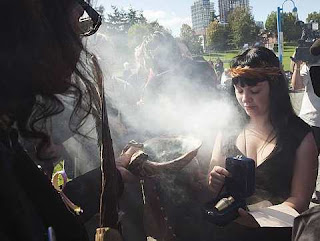 This is strange. Police task force just released a sketch in attempt to identify a Jane Doe from Pickton's farm. I'm not sure why they waited this long to release the sketch and I wonder how many others like her they have found.

Likewise the Coroner just released remains of Pickton victims to their families. Like that wasn't a bizarre delay. I guess I'm just naive. So when will all the evidence in the trial become part of the public domain?