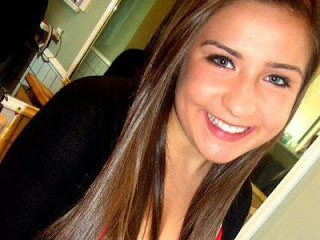 This case is heartbreaking. I find it disturbing for two reasons. First the obvious. Why would a 15 year old girl be beaten to death in broad daylight? Why would anyone do that not to mention another 17 year old kid.

We have all heard about sexual deviants who rape and murder. Yet that wasn't the case. Why would he do that? I search for a motive. I certainly can't understand the reasoning behind the stabbing of Chuck Cadman's son because someone didn't like his hat.

Or the swarming of Micheal Levy where a group of youth gave him the boots then took an axe to the back of his head. Bizarre. Senseless. Brutal. Yet this wasn't Surrey, this was Delta. Delta is a really nice neighbourhood that has no doubt been scarred by this tragic event. 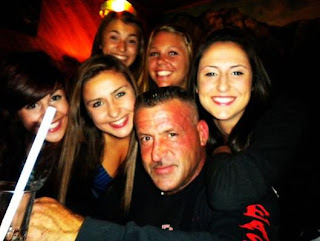 Yes we have the freedom of association but the criminal activities of the Hells Angels are no longer being kept secret. Andre Watteel, the former president of the Niagara Hells Angels was just found guilty of cocaine trafficking. He was arrested along with five members of the Hamilton chapter. This after pretty much all of the Niagara chapter went down for selling cocaine and date rape drug.

The judge noted Watteel and his wife were organizers of a Christmas toy drive and had performed other charitable works in their community. These good works were taken into consideration, Takach said, but they were outweighed by the harm done by drugs such as cocaine.

“Cocaine is an insidious poison that has destroyed innumerable lives. Even before one ounce reaches the street, it is indubitably soaked with the blood of others."

Now I am in absolutely no way saying that this young girl deserved to die because her father associated with a criminal organization. That is absurd and offensive. As is the concept that she was targeted because of her father's criminal associations. As much as I oppose the Hells Angels selling crack and murdering people, the very thought of harming one of their children because of their crimes is absolutely deranged. I was even upset when they killed Juel Stanton and he certainly wasn't innocent of all wrong doing.

Once again, what on earth could the motive be for her murder? Was it a crazed former boyfriend who said if he can't have her no one can? That indeed would be tragic. Yet if they all knew about her father's associations, would a crazed kid really risk it? It's all very sad and very misguided.

Some claim that since an arrest has been made we owe the father an apology. Well with or without an arrest I am deeply sorry for his tragic loss. Yet I'm not sorry for expressing my concerns about his bragging about his criminal associations in front of his daughter and her friends. I just think that is inappropriate.

I'm certainly not comfortable with participating in a take back the night rally until her father helps us all take back the night by laying aside his criminal associations. I certainly have no faith in criminals becoming the judge and jury for public crime simply because that criminal organization has a long history of lies and denial shrouding internal betrayal.

I will however say that Laura's father is a lucky man. He is lucky because he has such a wonderful family not because he has friends who belong to a criminal organization. Life does not end at death. As the mother said they indeed will always be a family of four and no one can take that from them. May we all find peace amidst these horrible events.

Everyone is talking about the outfit her father was wearing at the recent press conference. Hiway Choppers seemed innocent enough. Except for the fact that someone pointed out Hiway Choppers is owned by John Bryce president of the East Vancouver chapter of the Hells Angels. It would appear her father still hasn't grown up and that's a shame.