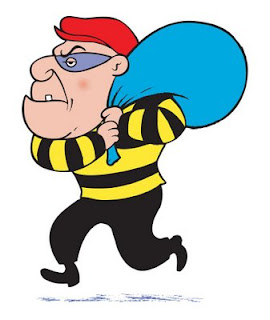 They say there is no loyalty among thieves. History would confirm that. Recently I took my kids to see the Green Hornet. It's a refreshing comedy like a Jackie Chan movie. The Green Hornet is a clumsy Tim the Toolman type and Kato keeps saving his ass. Jay Chou did the Bruce Lee tribute honourably. Nevertheless, Cameron Diaz is the beauty and the brains of the movie. By predicting what the Green Hornet will do next, she unknowingly tells them what to do.

Twice she quotes a case involving John Gotti who at one time invited one of his rivals to a private meeting and had him killed. She then explained that is likely what will happen to the Green Hornet. Sure enough, the Green Hornet was invited to a meeting where they tried to kill him.

Now I'm not familiar with the case involving John Gotti Cameron Diaz's character was referring to in the movie but back in the day that kind of betrayal was not honourable. Take the opening scene from Braveheart. Braveheart's father was invited to a special meeting with England along with other possible revolutionaries where they were ambushed and murdered. In the movie, Braveheart had the images of his father's murder sealed in his mind since youth.

It was as we say, a cheap move. Back in the days of the American Revolution, the British would complain the Americans weren't follow the rules of combat on the battlefield. They were shooting officers first not last. They thought that tactic was archaic as it would result in chaos on the battlefield. I'm like you have got to be kidding. Of course they're going to shoot officers first. It's war.

Yet the Braveheart ambush violated those rules of combat as well. In fact in Nicaragua, Anastasio Somoza García, a close friend of the American government, was put in charge. Fearing future armed opposition from Sandino, Somoza invited him to a meeting in Managua, where Sandino was assassinated on February 21 of 1934 by soldiers of the National Guard. Hundreds of men, women, and children from Sandino's agricultural colony were executed later.

This whole concept of inviting someone to a special meeting then killing them is cheap and clearly happens in organized crime where there is no loyalty among thieves, only greed. That brings us back to the Lennoxville massacre and the era of ongoing betrayal within the Hells Angels.