George Mcbeth - the other Renegade 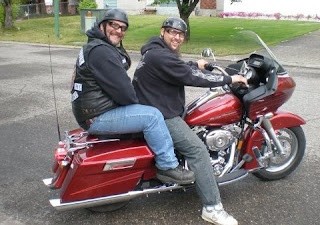 Who's the other member in that huge crew again? Oh right, that'd be Georgie Mcbeth. Georgie sure likes the rear position. What is he inserting with his hand anyways? They sure are all smiley about it. The life of a prospect puppet.

More sneakers. Jeepers creepers where'd you get those sneakers? Or how about their meth head prospect trying to look big when he's not: 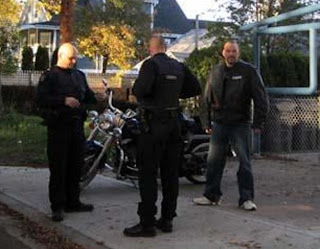 Thing have never been the same for the Renegades after they killed Billy Moore. Looks like the Hells Angels already shot themselves in the foot over that one.

So is Eric Fike president of the PG GTS now?